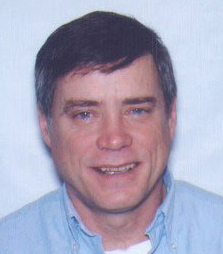 [/caption] Thomas Ball, a troubled New England divorced father, took his own life in front of the door of the courthouse in Keene, New Hampshire on June 15. His suicide apparently was precipitated by Ball believing he would soon be jailed for being behind on a child support obligation he says he was unable to meet. Ball left a lengthy narrative of his experiences with the court that detailed how he lost his children. It revealed a deeply troubled individual who nevertheless understood clearly the workings of family courts. Fathers and Families" Board Chairman Ned Holstein, M.D. said:

The callous and disrespectful treatment of so many fathers by the family courts means that tragedies like this one are sure to befall the most fragile among them.

In his narrative, Thomas Ball"s pain and frustration are palpable. Anyone going through the loss of his children would understand his feelings. But that does not justify the violence Ball advocates in paragraphs 73-78 of his 15 page final statement. We sympathize with Ball's ordeal in family court; we feel for his loss. We will never condone exhortations to violence.

On a mid-June afternoon, an unemployed history buff from Holden, Mass. announced cryptically on his Facebook page that "D-Day"" had arrived.

"Time to climb down into the Higgins boat and take a bouncing ride to the beach,"" wrote Thomas Ball, referring to the World War II amphibious landing craft.

Four hours later, the divorced father of three died outside a courthouse in downtown Keene after igniting himself in a gory self-immolation.

His death and final writings have resonated within the father"s rights movement, of which he was an active member, and revealed a stubborn man consumed by his court battles and, over time, sinking further into darkness.

Ball, 58, intended his fiery death on June 15 - planned and researched at least 10 days in advance - to be the ultimate profane gesture, according to his writings, interviews, and court and police documents. He was taking aim squarely at the courts he blamed for keeping him apart from his kids...

The courts and his former wife tell a different story. They paint a picture of a prideful and headstrong man who once lost his temper, slapped his 4-year-old daughter hard enough to draw blood, and then chose to remain estranged from his children rather than acknowledge he made a mistake and participate in court-ordered counseling.

Ball"s love for his children "made it impossible for him to accept that some of his actions were harmful to them,"" his former wife, Karen, said Thursday in an e-mail. "He was unable to comply with the court"s requirement to meet with the children"s counselor because to do so would mean acknowledging that he had done something to warrant the requirement.""

For years, Ball, acting as his own lawyer, filed one unsuccessful court motion after another seeking access to his children and to undo the requirement that he participate in counseling, which he rejected on principle....

Several divorced dads who knew Ball said that while they cannot condone what he did, they understand where his frustration came from.

"Tom"s story, other than its end, is pretty common,"" said Ned Holstein, chairman of Fathers and Families, a court reform group Ball belonged to...

Trish Hamel of Milford, N.H., spoke to Ball frequently. They visited historic buildings and cemeteries together; she brought him to a blues concert several weeks before he died.

"He was a sweet, gentle person, just in a lot of pain,"" she said. Most of the complaints in Ball"s last letter sound familiar from their many conversations, she said...

The Balls were due back in court this month for a hearing on a possible contempt finding against Tom, who had lost his job and had fallen several thousand dollars behind in child support. He wrote that he expected to be jailed...

The last words of his last letter were meant for his children:

"You are to stick together no matter how old you get or how far apart you live,"" he wrote. "Because it is like Grandma always said. The only thing you really have in this world is your family.""